The iconic oyster has been a symbol of romance dating back to the 2nd century. Captain John Smith raved about this salty crustacean when he sailed into the Chesapeake Bay in 1608 and wrote, “they lay as thick as stones.” So thick in fact, they made navigation difficult. Today the oyster is a major part of the Shore’s economy and cultural heritage.

So with all this local history to appreciate, we decided that there was no better culinary treat to feature than oysters to celebrate Valentine’s Day!

Annie was our Master Chef, and on a snowy morning when we went in search of the pearls of the Chesapeake, we were told that due to the frozen state of our rivers, many watermen couldn’t break through to get them. But, Gay’s Seafood in Easton came through for us and so, with 3 dozen in hand, the shucking began. You really have to put some elbow grease into eating oysters! Eventually, she’d whipped up 3 stellar recipes–two roasted and one raw. As the poet, Leon Paul Fargue once wrote, eating an oyster is like “kissing the sea on the lips.” Bon Appetite! 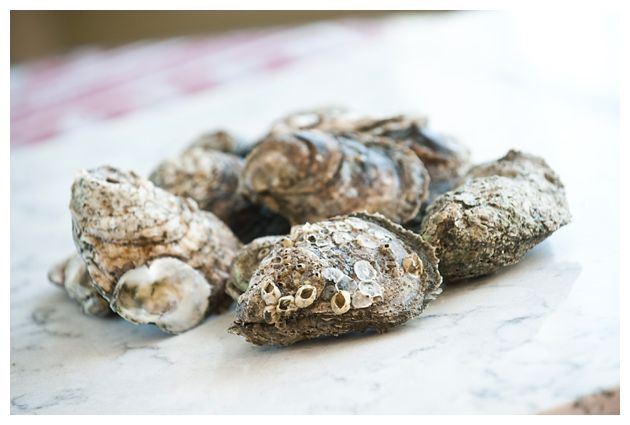 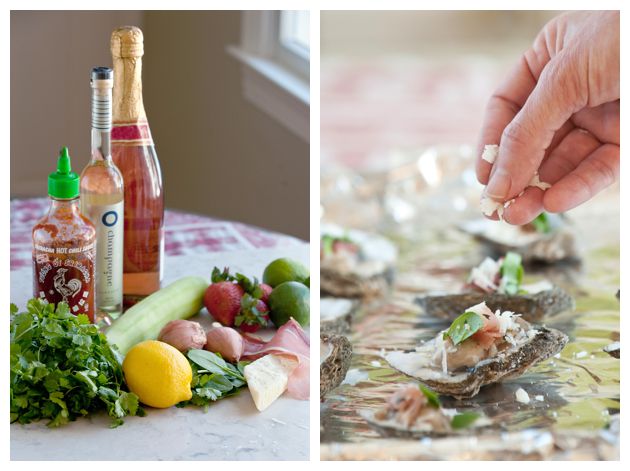 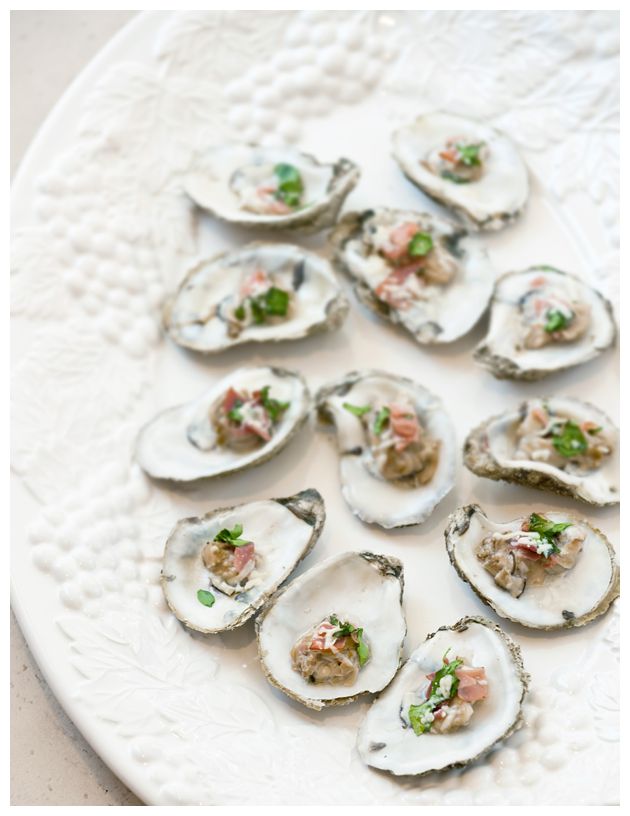 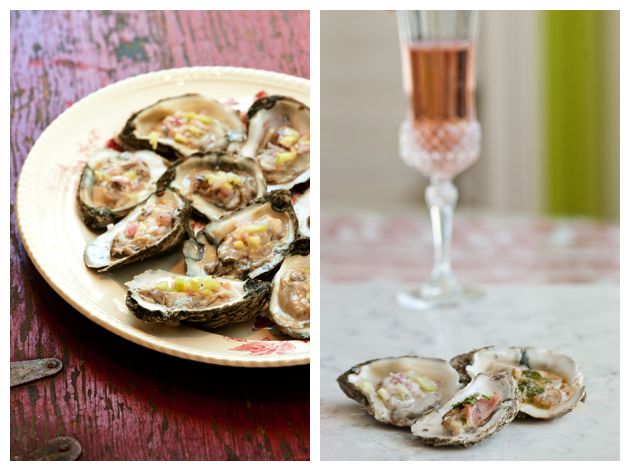 Here are her yummy recipes:

Directions:
Pre-heat oven to Broil (can also be grilled).
Shuck the oysters so that they are opened but not removed from the shell.
On each half-shelled oyster put a pinch of:
Bacon
Gruyere
Spinach
Hot sauce
Broil or grill for 3-4 minutes
Note: be careful handling the shells, they will be very hot!

Grilled or Broiled Oysters with a Sriracha Lime Butter

Directions:
Shuck the oysters and place on the ½ shell.
Mix the butter with the shallots, sriracha, lime, salt, and cilantro. Let set in the fridge. It doesn’t have to set up completely but it should be more solid than liquid.
Pre-heat the oven to broil or heat the grill.
Toss each oyster with the butter.
Grill 3-4 minutes.

Oysters with a Champagne Cucumber Mignonette

Directions:
Shuck the oysters and place on the ½ shell.
Combine the vinegar, shallots, cucumber, salt, and pepper in a small dish. Place in the fridge so it chills.
Just before serving, remove the mignonette from the fridge and add the champagne.
Serve the oysters with the mignonette on the side.
Add a small spoon of mignonette to each oyster and slurp! 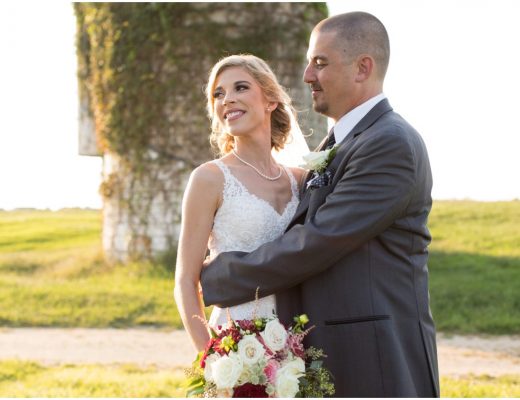 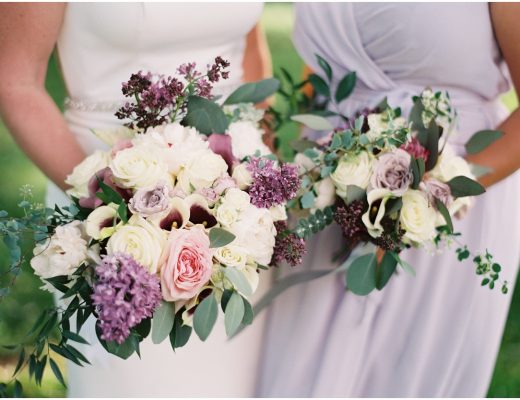