Kate is a true Maryland gal at heart, so when it came time for her and Jon to begin their venue search, she knew they wanted something with a water view. They quickly narrowed their search to the Eastern Shore for it’s variety and abundance of waterfront venues… And that’s when they found The Oaks. With it’s sprawling grounds, covered dock, classic ballroom, and amenities for their family and friends to stay all weekend long, they fell in love. Just look at this gallery from Karena Dixon! Can you blame them? 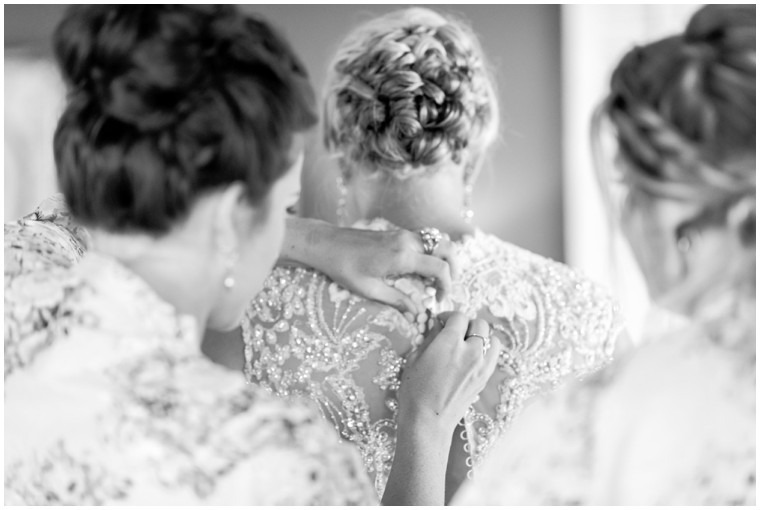 From the bride: When it came to our wedding day, I knew I wanted it to be classic but with little hints of glamour. I also knew I wanted an outdoor summer wedding by the water. Growing up in Maryland and always being either at the beach or by the pool, the water aspect was a must in my book. I started looking at venues solely in the Eastern Shore area because of all the spectacular views. From the instant I pulled up the driveway of The Oaks Waterfront Inn, I knew I had found my venue. My aunt and I were greeted with raspberry lemonade and brownies and one of the wonderful workers, Sandy. We toured every inch of the property and visions of the big day started twirling around in my head. My favorite aspect of The Oaks was the fact that it is a bed and breakfast and all of our immediate family and wedding party would be staying on the grounds of the property for the long weekend. Truth be told, I cried a little bit walking over the bridge just thinking about how I would be walking over it with my parents on wedding day to Jon.

Since I live in New Jersey, the most challenging part of wedding planning was finding great, local vendors online, instead of in person. Thank goodness for wedding websites and blogs! I ended up finding a fantastic team of vendors that I trusted to carry out my vision that I had described through countless emails, texts and phone calls.

Being a lover of wine, I knew I wanted wine incorporated throughout my wedding. The best part of wedding planning was definitely drinking copious amounts of wine so we could use the wine bottles and wine corks as centerpieces and decorations in the ceremony and reception spaces.

Our wedding day was everything we wanted and more. Our wedding colors of emerald green, lavender and gold were complimented well by the Maryland sun, the water and the gold wine bottles that lined every inch of the venue. Shirley of Seasonal Florals did a FANTASTIC job creating my bridal bouquet which I replicated after my mother’s own bouquet. And my was I (and still am!) obsessed with my dress from Allure Bridal–it hit every single note I was looking for in a dress. It was classic in the front and WOW in the back with beautiful beaded details. Seeing Jon’s face as I walked down the aisle is an image that I will never forget. I am so thankful my wonderful photographer, Karena Dixon, captured it perfectly. My absolute favorite part of the ceremony was when Jon and I read our vows out loud to each other. Much to both of our surprise, both of us talked about how our love had transcended different states, different countries and different time zones. If that isn’t true love/soul mate stuff, I don’t know what is! We spent the rest of the night dancing so much that the lights were flickering in the venue and the DJs sound system skipped a couple of times. My wonderful parents surprised us with a fantastic sparkler exit that capped off the most perfect day of our lives. 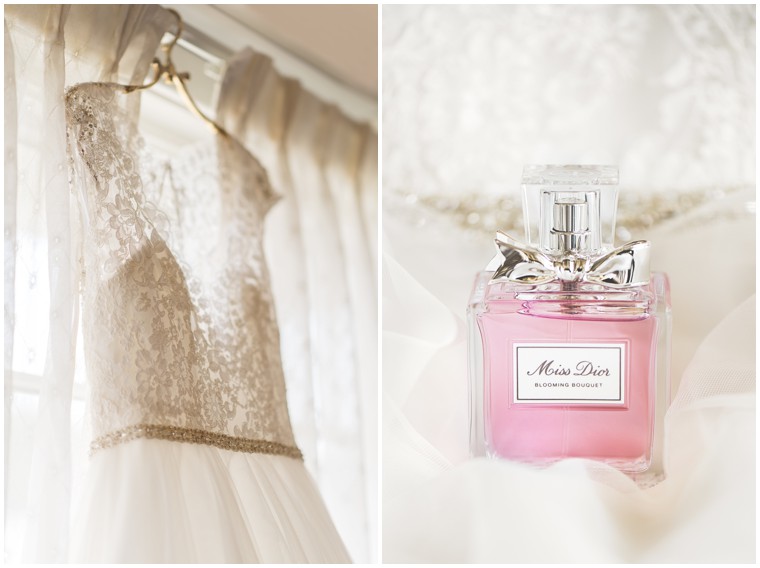 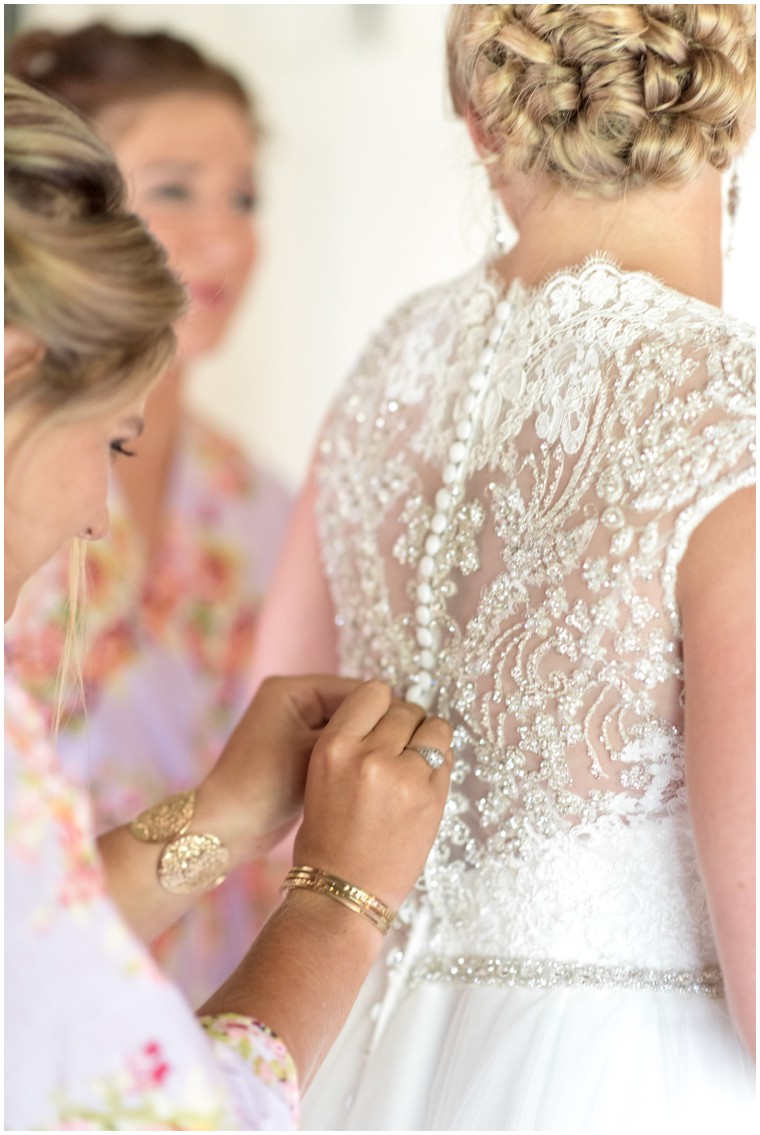 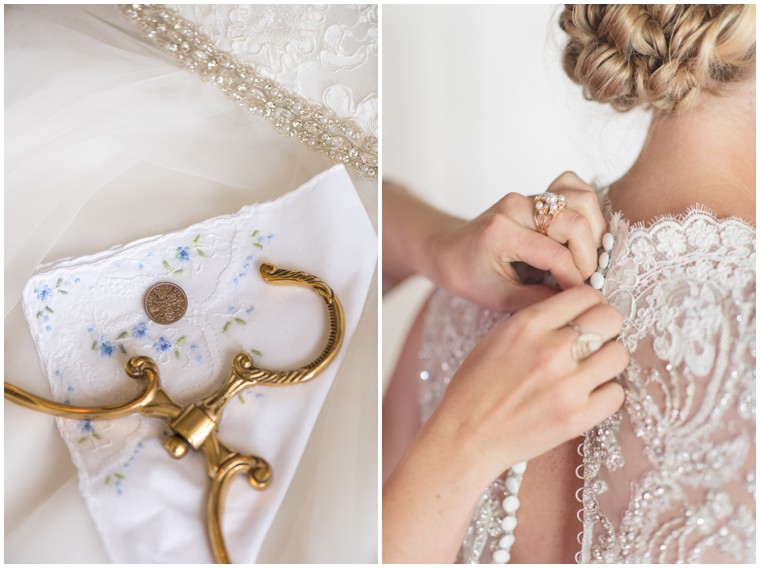 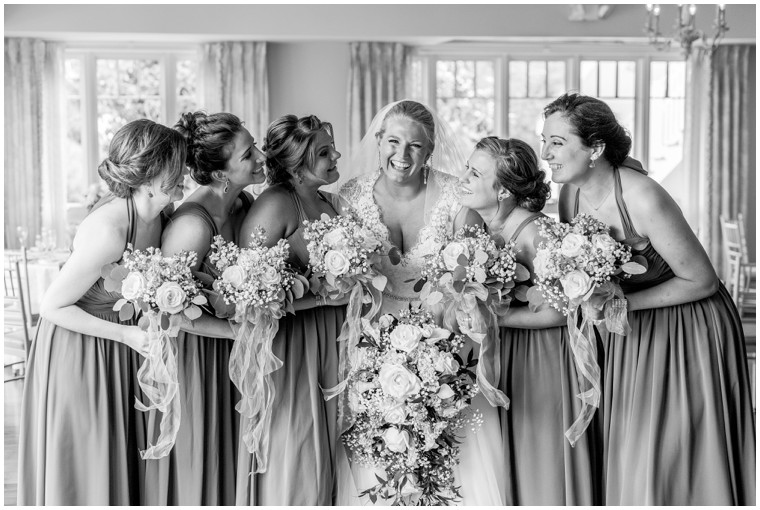 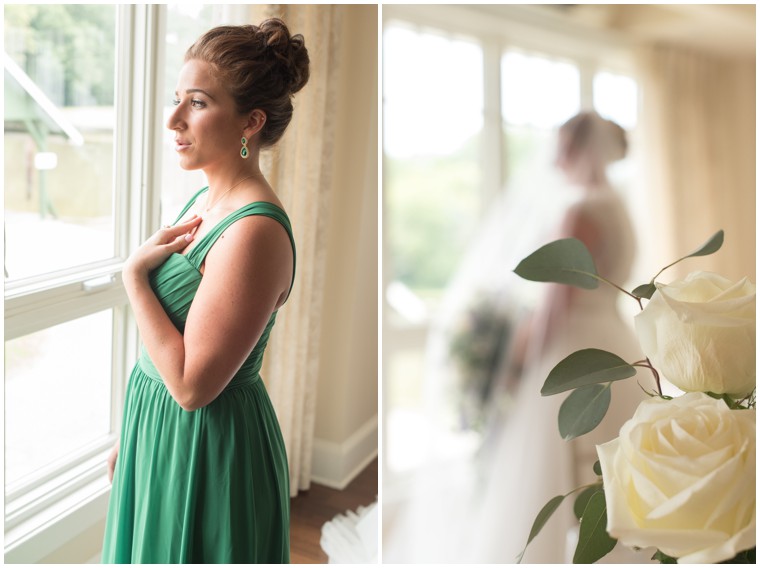 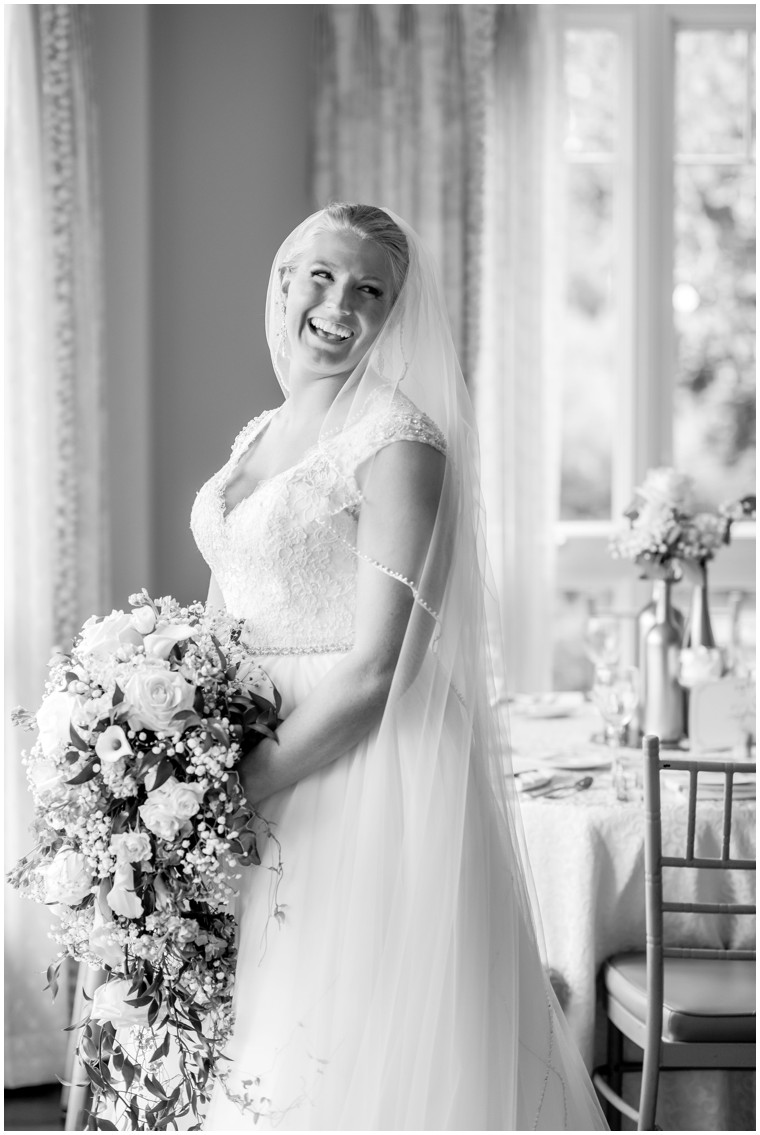 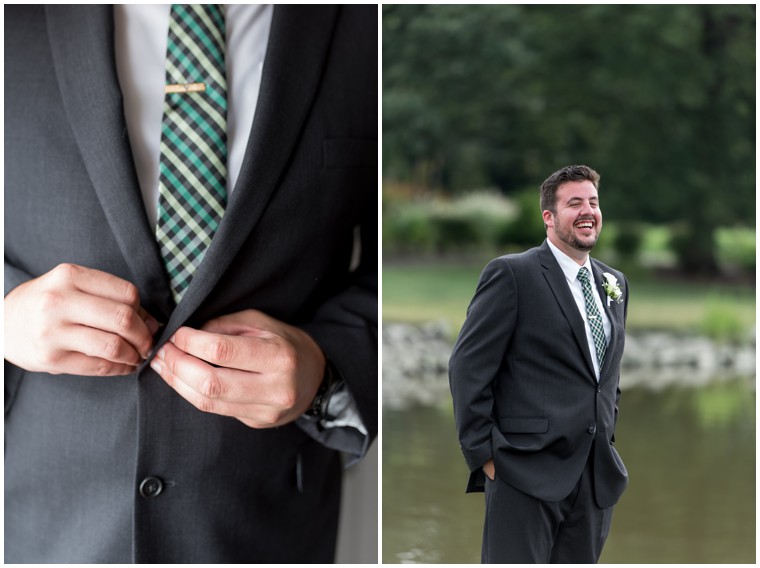 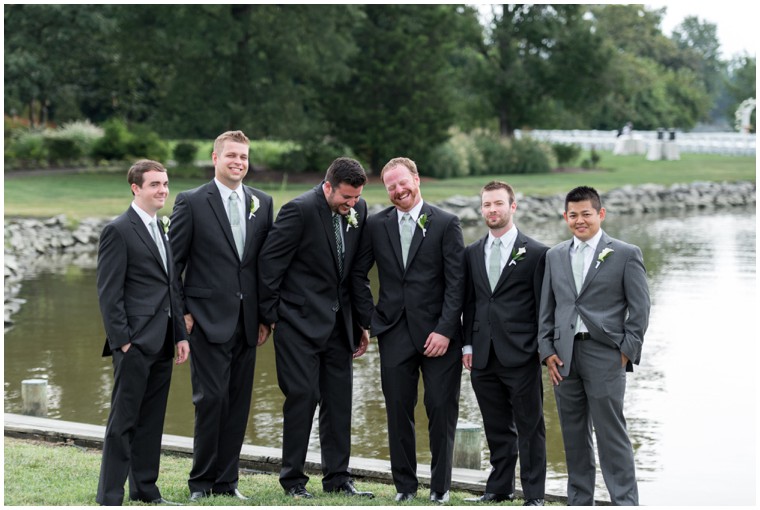 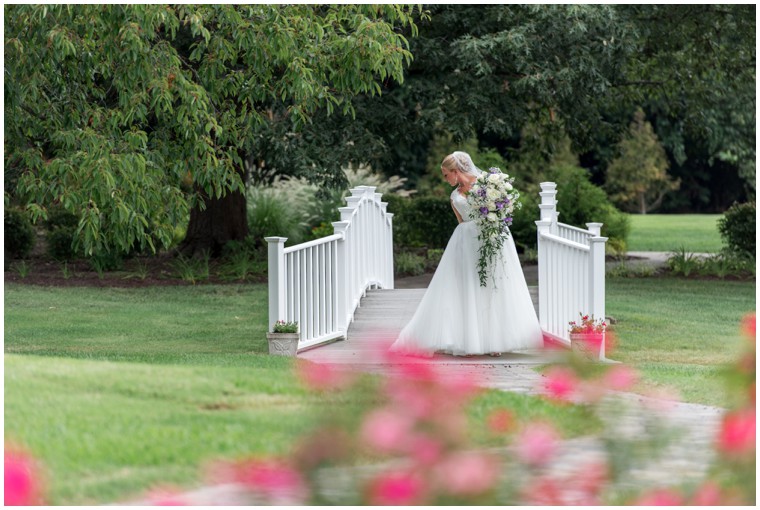 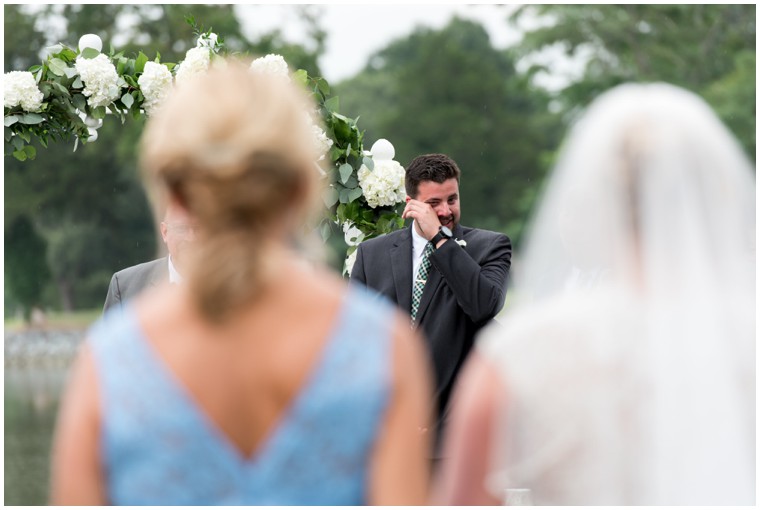 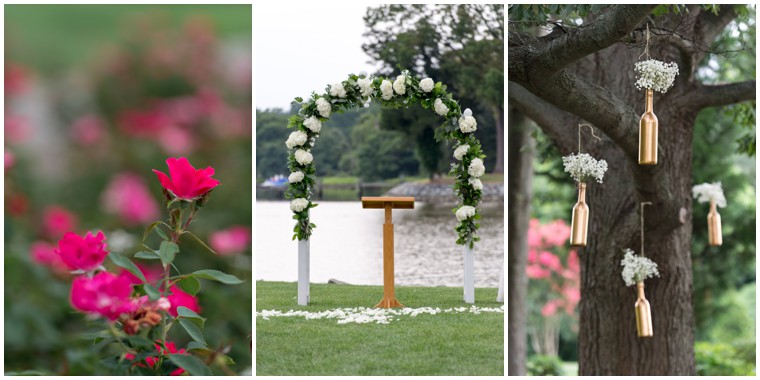 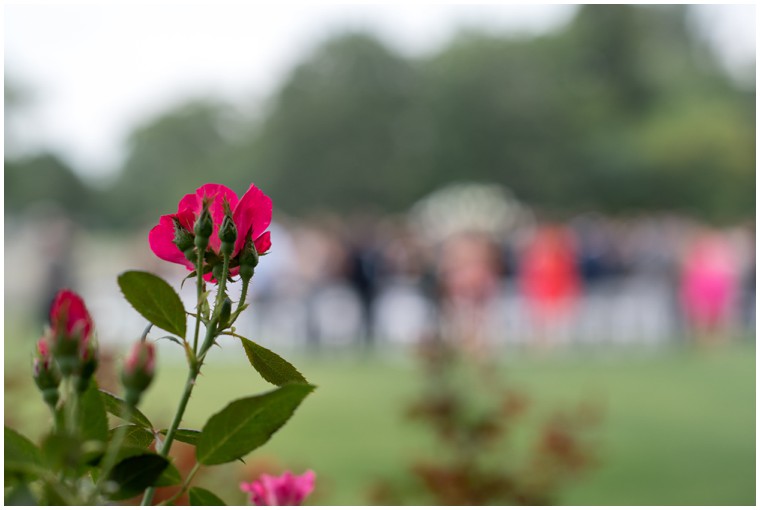 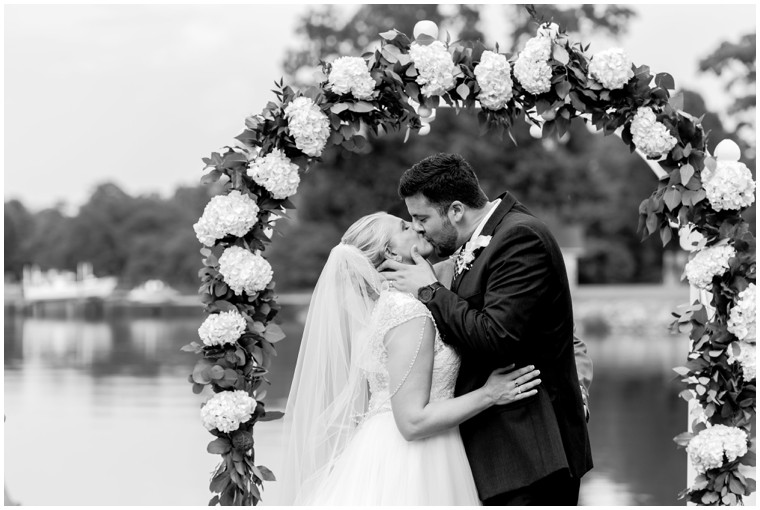 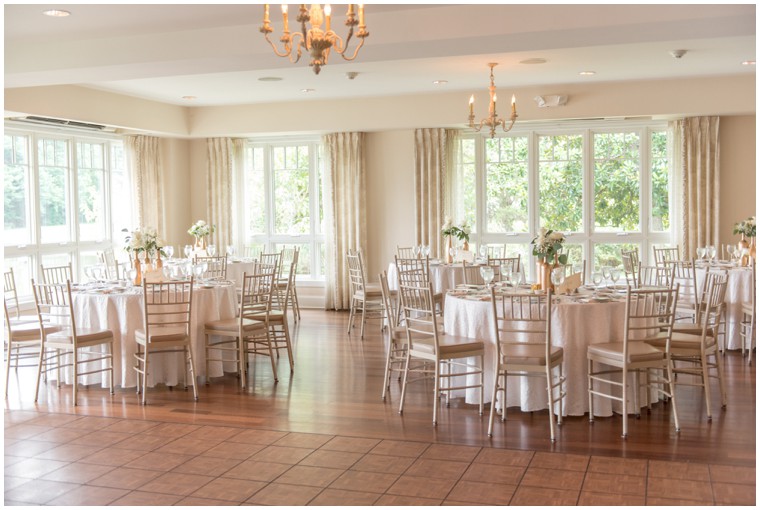 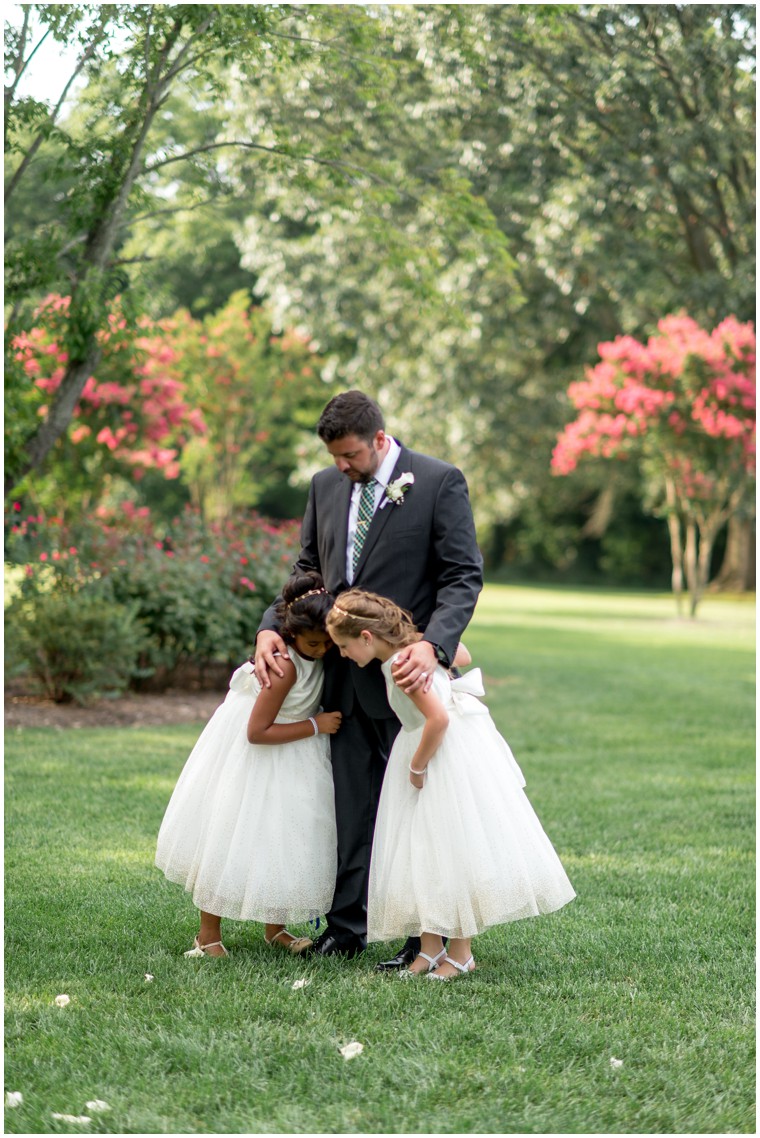 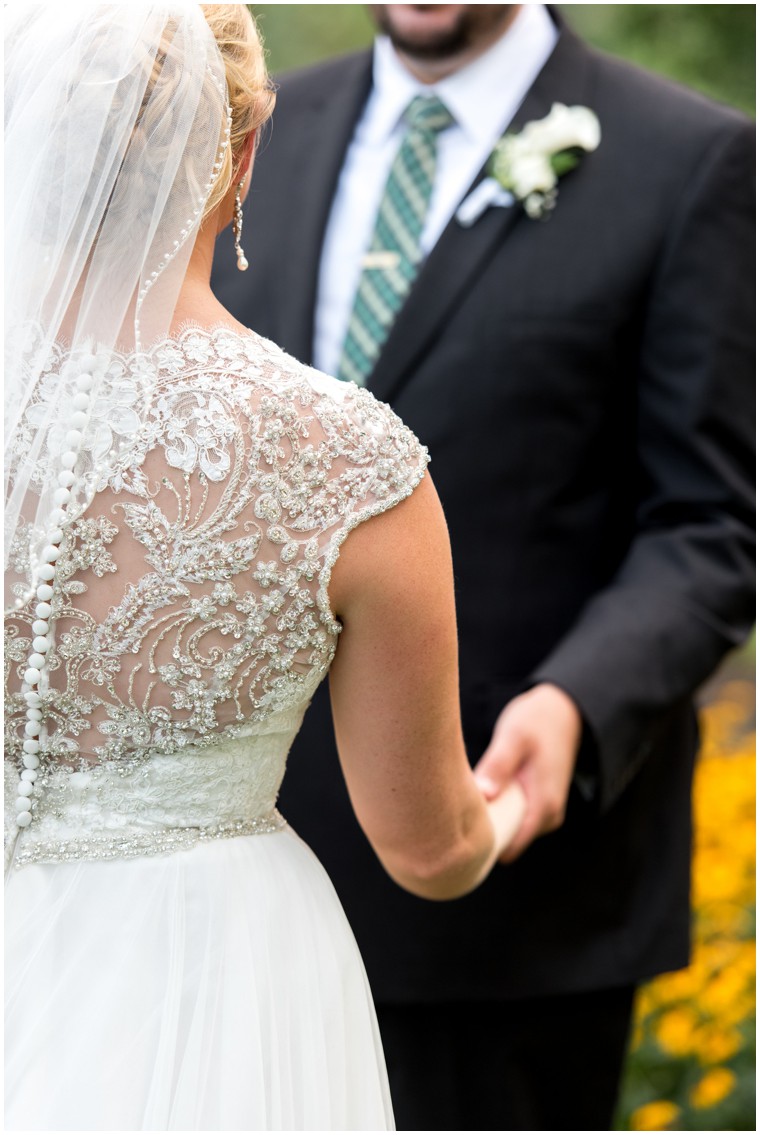 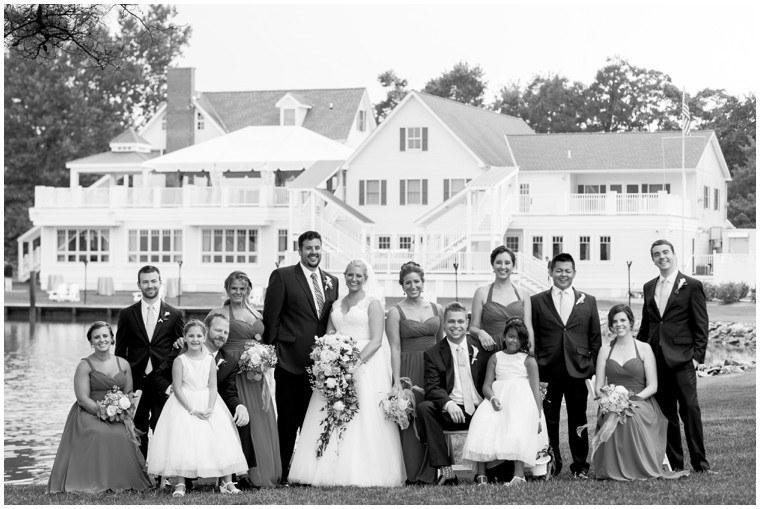 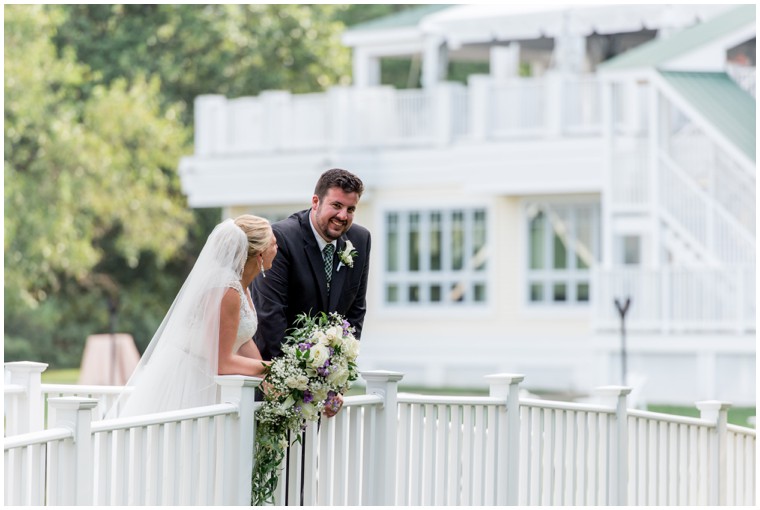 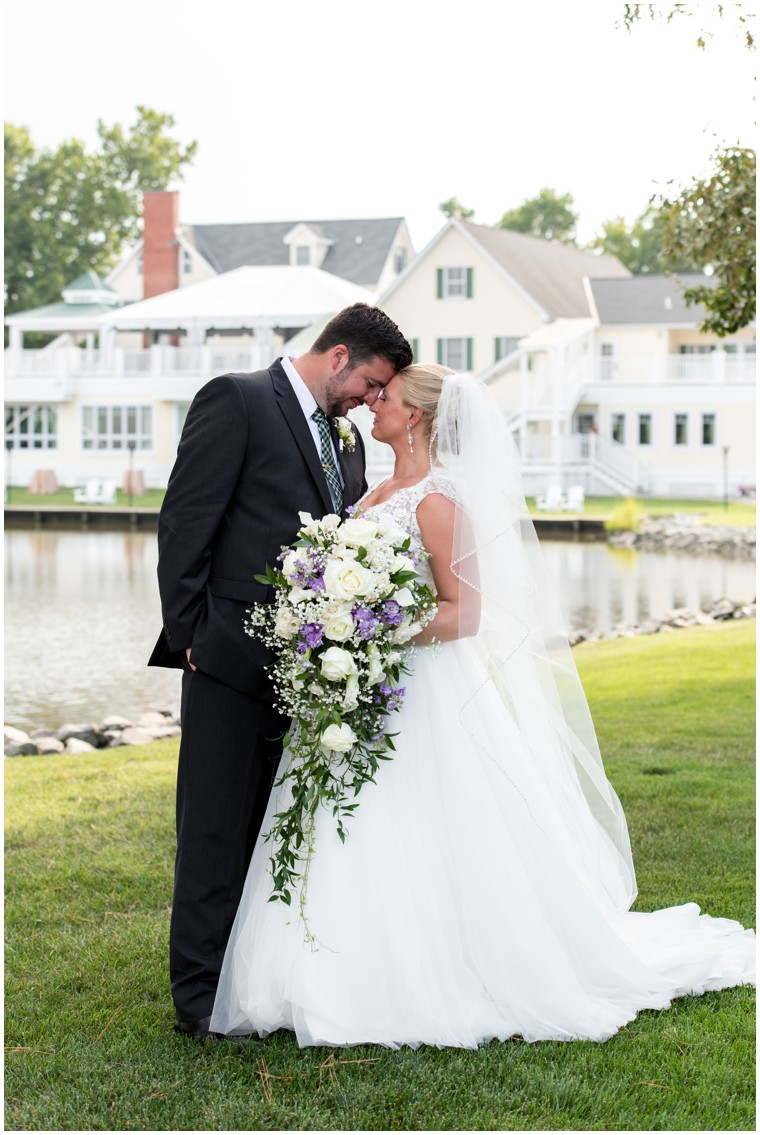 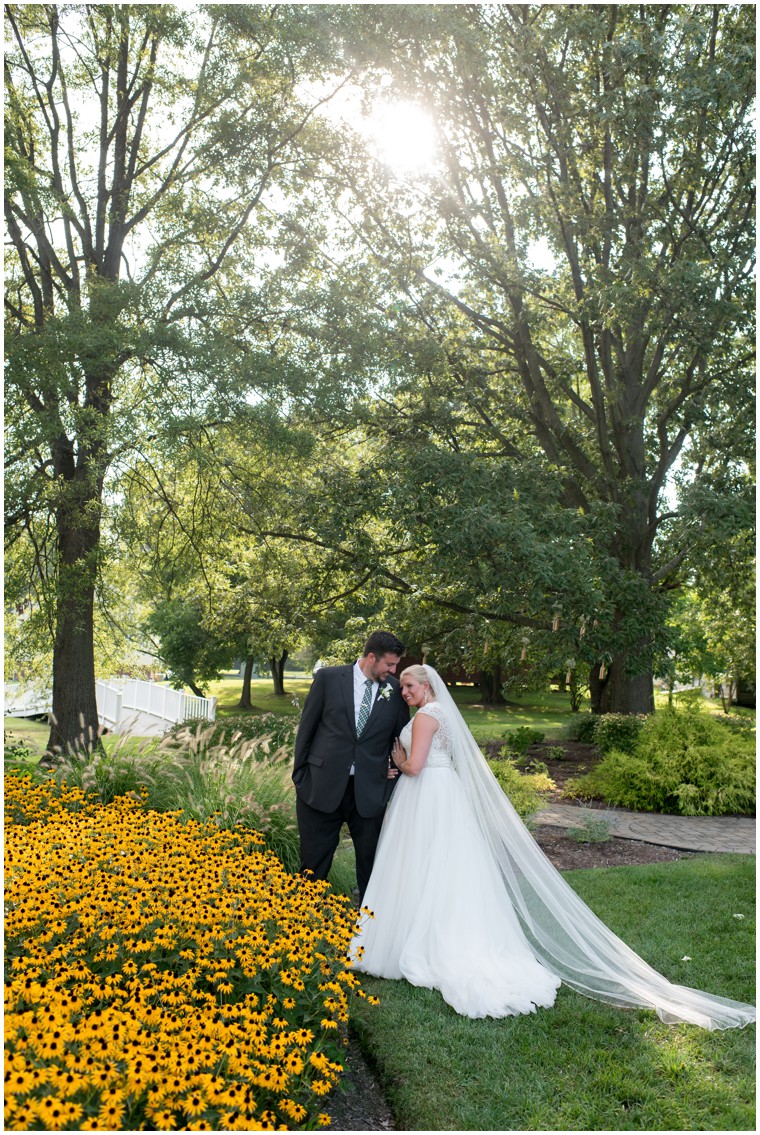 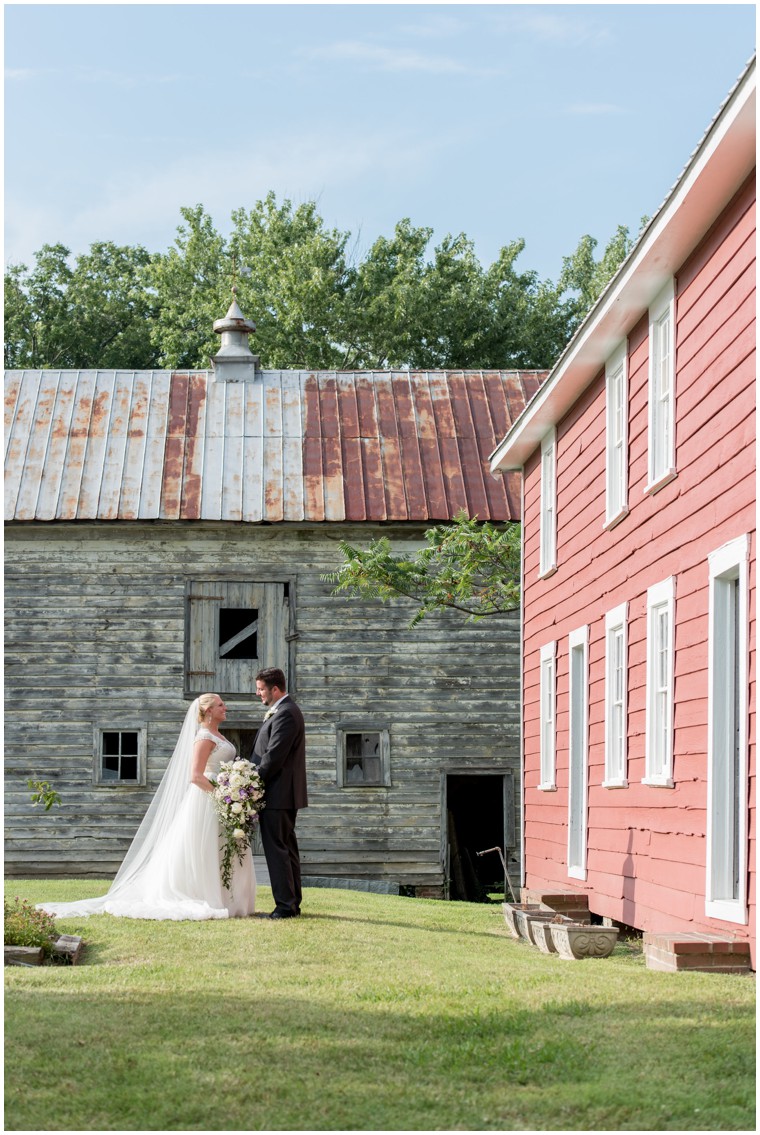 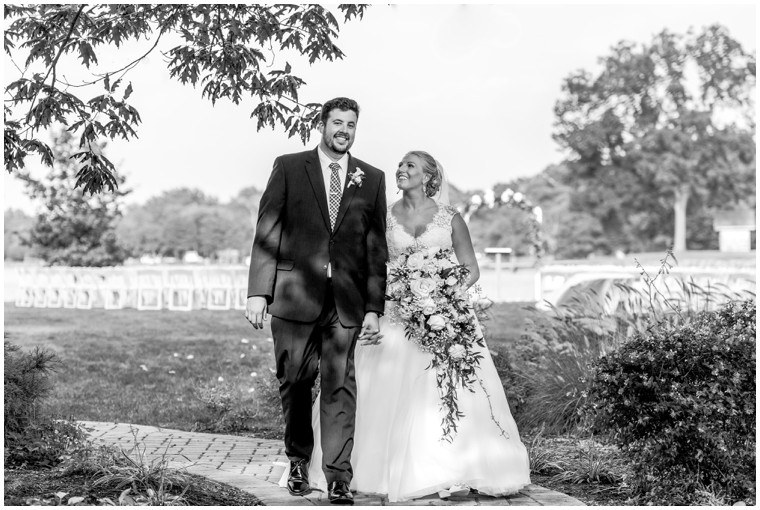 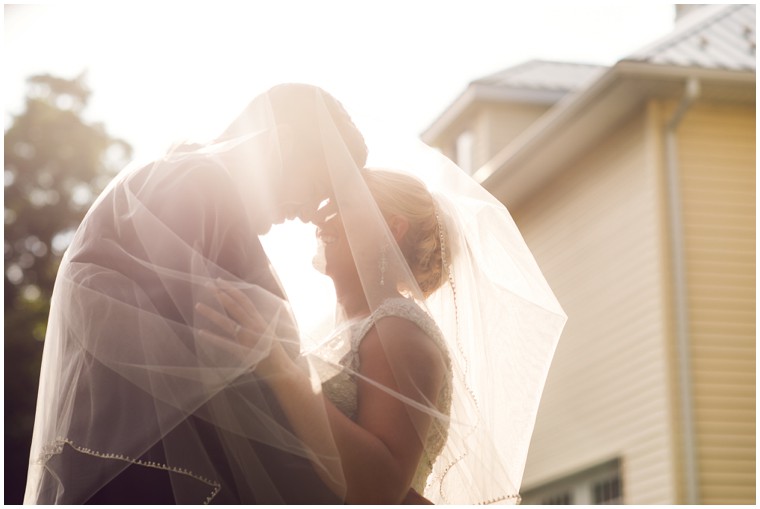 Jon & Kate’s love story: You know those people that fall in love and eventually get married without any interruptions? Jon and I are not those people. Get comfortable, because we have a long, long story.

Jon and I met during my freshman year spring break. On a trip to Penn State, during St. Patty’s weekend, I ended up at Alpha Kappa Lambda with some friends from high school. In order to get a beverage, I asked a friend to introduce me a member of the fraternity and low and behold, I was introduced to Jon, the president of AKL. He got me a drink and we danced all night long. I remember being in awe of the fact that he knew all the words to “I Love College”. Before leaving, I remember him asking what school I went to so he could find me on Facebook.

The next morning, I received a friend request from Jon Shields and we started talking every single day. He eventually asked me to be his girlfriend on May 1, 2009. Jon went abroad to France in the spring of 2010 for a few months and we continued our long distance relationship through Skype dates and care packages. The summer after Jon came back from France was bitter sweet. While it was great having him home, I had made plans to go abroad to England for the entire year. We spent almost every weekend with each other, because we knew we weren’t going to do long distance again.

Despite the time difference, Jon and I continued to keep in contact with each other while I lived in England. During my Christmas break in America, I visited Jon and it was like nothing had changed between the two of us. Unfortunately, I had to go back across the pond for another semester, and so continued our “not really dating but talking to each other” status. It was during that second semester, that we grew apart. While we talked from time to time, our relationship dynamic definitely changed.

Fast forward to my second semester of senior year in 2012, Jon Shields re-entered my life. We started back up our “not really dating but talking to each other” status and he even came to my graduation from Loyola. When everything seemed like it was going to work out, I decided to throw a wrench in our relationship and go live in Thailand immediately after graduating. Again, we continued to talk despite the 24 hour time difference, but that didn’t always work for us

Somehow, despite all the distance, failed Skype dates, and different time zones, Jon and I ended up in each others lives when I came back in 2013. It was like no time had passed whatsoever. And as the saying goes, the rest is history!

On the weekend of May 2, 2015, my little sister Hannah was running her first half marathon in Ocean City, MD. My whole family (parents, grandparents, aunt and uncle) made the trip down as well as myself and Jon. After Hannah kicked butt in her half, we debated on what to do to kill time before dinner. As I was busy working (yes, working on Saturday) the family decided to go for a walk on the beach.

It was a bit on the chilly side so I decided to stay in my yoga pants and sweater and also add an additional Penn State sweatshirt on top. Since I was submerged in work , I didn’t even notice that Jon had changed into jeans and a button down shirt. He was being quiet and had been texting, but I honestly didn’t think anything of it. As all 9 of us made our way down the beach everyone started peeling off slowly for all sorts of reasons.

When we were finally alone, Jon started asking me how long I had been vacationing at Ocean City, MD, to which I responded “since I have been in the womb” (classy, I know). He dropped down to pick up a seashell and dropped it and then went for it again, but this time stayed down on one knee….

My whole family watched the proposal from a distance and to my surprise, Jon’s family was making their way down the beach (that’s who he was texting!). We capped off the most amazing day by all going out to dinner at my favorite restaurant called Hooked. I know every bride says this, but I was the BEST day ever! 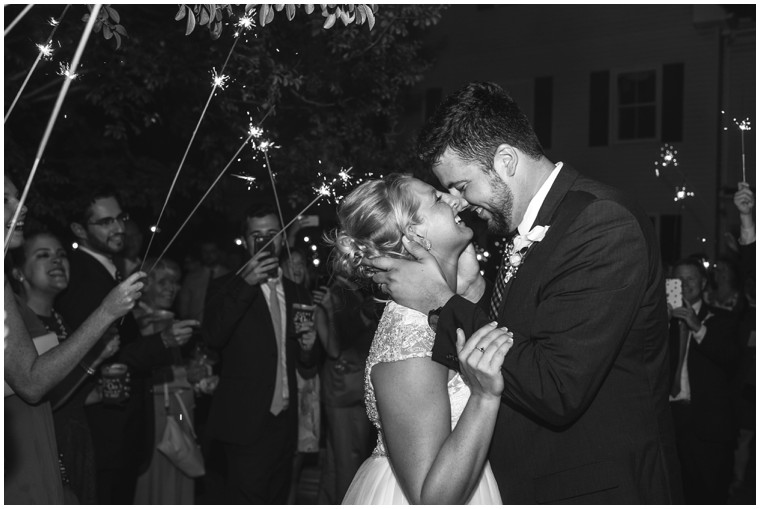 Cara came to My Eastern Shore Wedding in 2013. As our Art Director, she is our behind-the-scenes driving force in content creation that showcases our incredible community of wedding creatives. She loves to show off our local vendors and finds joy in connecting couples with their perfect vendor. When she’s not browsing pretty weddings, you can usually find her cruising the Corsica River, sauv blanc in hand! 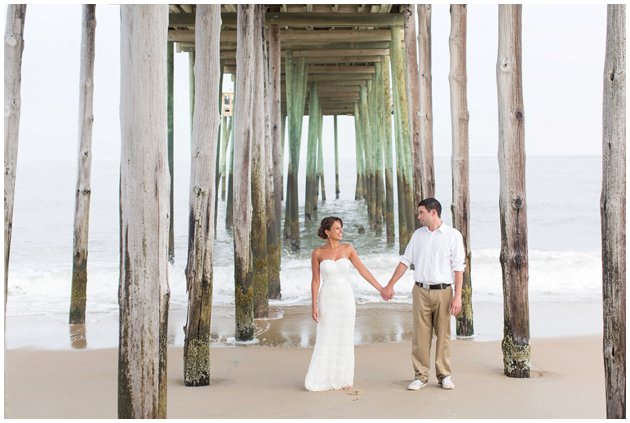 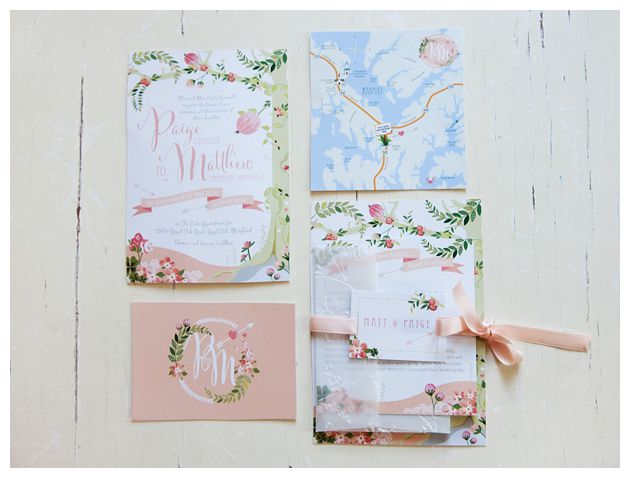